For a few months now I have been thinking about what Keeghan's 18th birthday would have been like had cancer never entered our lives.  I'm sure some would think it is unhealthy to spend so much time imagining something that will never happen, but in many ways it gave me comfort.  After a while I decided to write it down because, well, that's just what I do.

A day in the life of a boy turning 18, as it should have been.

The alarm went off, but he ignored it.

His mom sticks her head in his door.  “Keeghan! It’s time to wake up Bubby!”

It was a game they’d been playing since he was little.  Keeghan never was much of a morning person.  He grew up hearing stories about how he would sleep through Mom dressing him for daycare, how grumpy he was until he’d had his first cup of coffee and cereal (his breakfast of choice since middle school).  Not much had changed.  He still didn’t like mornings, but today was different.  Today was his birthday!

So many things rushed through his mind as he enjoyed his five-minute-snooze.  18-years-old...an adult!  He’d be graduating high school soon, headed off to U.C. San Diego to study marine biology, a dream he’d had since he was five and watched a show about sharks.  He’d told his mom then that he would study sharks and their resistance to cancer so that someday he could find a cure.  Part of that dream would be coming true soon.

Eighteen also meant he could vote now.  Look out GOP because another Liberal has hit the age of majority!

It was going to be a good day.  It was a Friday, which meant he and Marissa - his girlfriend of the past two years - would be going out somewhere tonight, but it would have to wait until after his birthday dinner with his parents.

As he came from the shower, he heard his cell phone ringing.  Digging in his backpack for the phone that was buried under 20 lbs of books, he got it just before it went to voicemail.

The singing continued on as he rolled his eyes and held the phone away from his ear.  “Do you have to yell?” he asked, but with a smile in his voice.  It was his older sister, Mackenzie, calling from San Francisco where she was an art student at San Francisco State.

“Do you know how annoying it is that you’re always so happy in the morning?”

“Love you too.  Dork.”  He laughed in spite of his annoyance with his crazy sister.  “Are you going to make it for dinner tonight?”

“Of course.  I’m flying in this afternoon.  Dad is picking me up at the airport.  Are we kicking off Birthday Week at the Melting Pot?”

Keeghan was born four days before Mackenzie’s 2nd birthday.  She couldn’t understand when his first birthday came around why he was getting presents before her when she was older.  Instead of trying to explain how the calendar works to a 3-year-old, Birthday Week was born.  It kicked off on March 7th, Keeghan’s birthday, and ended on Mackenzie’s birthday, March 11th.  Part of the Birthday Week tradition was that they each got to choose where dinner would be on their special day.  Keeghan’s had been the Melting Pot since he was 10.

“You’re so predictable!  Well, have a good day at school and I will see you tonight!  Love you Bubby!”

Mackenzie had always been his best friend.  Through all of their moves growing up, going where the Air Force sent Dad, they’d always had each other.  But as much as he loved her, she was a bit much before coffee in the morning!

Speaking of coffee . . . he stumbled toward the kitchen, eyes still only half open, following the smells.  Bacon, eggs, and yes!  COFFEE!  As he walked into the kitchen, there was Dad at the stove, making breakfast.  “Here you go mister, drink up.”  Mom handed him a big mug of good-morning-sunshine, made just the way he liked it - one Irish creamer, one regular creamer.

Before he could even take a sip, Dad pulled him into a big hug.  “Happy birthday Pal.  I love you.”

One thing The Fantastic Four - the family’s nickname - had always been good for is letting you know that you were loved.

School went pretty much the way most days did, cruising through class and break times.  Keeghan wasn’t necessarily popular per se.  He didn’t play sports, yet he was friends with all the jocks.  He was friends with everyone really.  It would have been a day like any other if it weren’t for the fact that Marissa had sent him balloons in his first period class.  So as he walked through the halls carrying them (because he didn’t want to hurt her feelings by shoving them in his locker), people high-fived him and wished him a happy birthday.

When he finally saw Marissa at lunch, he hugged her close and then said, “Seriously?  Balloons?  Did you have to?”

“Of course I did silly.  Happy birthday.” He was embarrassed over the balloons, but loved the attention.

By the time he made it home from school, Mackenzie was already there working on making his birthday cake - carrot cake with cream cheese icing.  Again, the usual.

“Someday I’m going to make you a chocolate cake with strawberry icing.”

“You know Keeghan, sometimes straying from the norm is a good thing.  You should try it sometime.”

It had been a running joke between them for years.  Mackenzie liked trying something new every year for Birthday Week - new restaurant, new type of cake.  Keeghan loved keeping everything the same.  It was his own little “tradition.”

In keeping with another of Keeghan’s favorite traditions, dinner went as expected - snarky banter in the car on the way there, constant chatter throughout dinner, loads of laughter - just the way he liked it.  As he looked around the table at the people he loved, he realized exactly how lucky he was.  Adulthood was going to bring so many changes - college, career, hopefully a family someday - all the things he had planned for his entire childhood.  But the foundation of it all was the family who loved him, and who he loved in return.

It would have been great.  It would have been amazing if Keeghan had experienced this 18th birthday.  But he didn’t.  He never had a girlfriend named Marissa.  She was the girl in his 4th grade class that he had a crush on when he was diagnosed with cancer.  He never went to high school.  His last birthday dinner at The Melting Pot was when he turned 12. Instead of making a big birthday breakfast for him today, we will write letters to him on helium balloons and release them into the universe, hoping our messages reach him.

We still celebrate the day, because his life is still such a blessing to us, but the laughter and tears will be less . . . everything.  Laughter over good memories, tears over what will never be.  This is how we kick off Birthday Week now.

But oh how I wish this story were the reality.

I miss you Bubby. 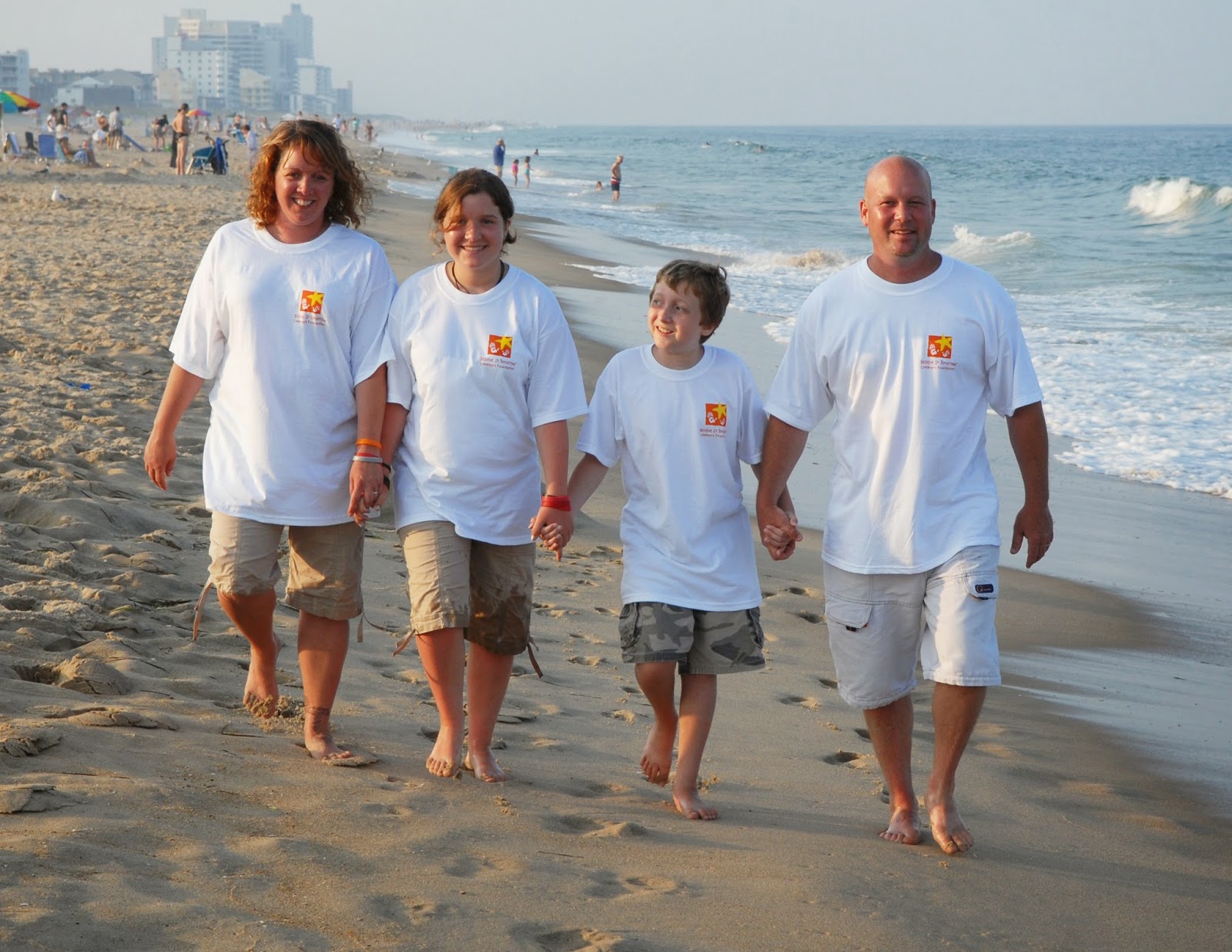 Posted by Shannon Kelley-Barry at 8:37 AM 3 comments:

Labels: brain tumor, cancer, childhood cancer, death, lost life, parenting, what could have been, what should have been
Newer Posts Older Posts Home
Subscribe to: Posts (Atom)